Metal that does not corrode-ocean environment 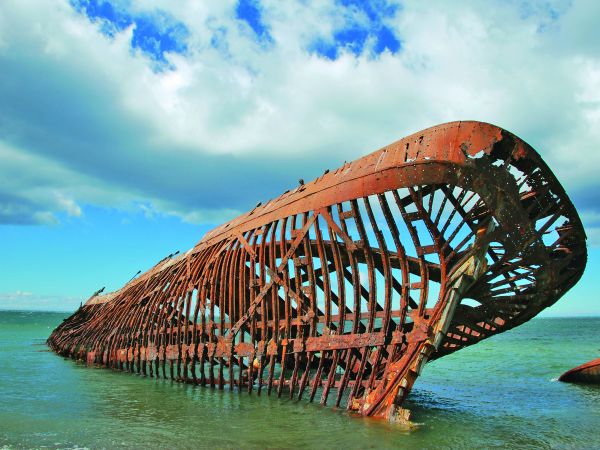 For metallic materials, one of the most fatal problems is corrosion. The reddish-brown rust and green patina we usually see are the result of corrosion of metal. Due to the presence of moisture, iron reacts with oxygen in the air and turns into iron oxide, which is also known as rust. Rust is very loose, its volume will expand 8 times than the iron before rusting, and it is easy to absorb moisture. If not removed in time, it will make the rusting process even faster. According to statistics, about 30% of steel products are scrapped each year due to corrosion, two-thirds of which can be recycled, while the other one-third becomes rust and therefore wasted.
Corrosion of metals can be divided into two categories, one is chemical corrosion and the other is electrochemical corrosion. Chemical corrosion is the direct reaction of metals with water, oxygen and other substances in the surrounding environment. The rusting of iron and copper falls into this category. Electrochemical corrosion is an electrochemical reaction that occurs when a metal is in contact with an electrolyte solution, which is much faster than chemical corrosion. The so-called electrolyte solution is an aqueous solution that can conduct electricity like salt water. Therefore, seawater is a good electrolyte solution. If the metal is immersed in seawater, or placed near seawater, it will not escape the corrosive effect.
China has a long coastline and abundant marine resources that can be exploited. In the process of ocean development, infrastructure such as bridges, ports, and docks will be built. So far, more than 95% of these facilities are constructed out of steel or reinforced concrete structures. Under day after day’s erosion from sea water, these steels cannot escape the fate of being corroded. According to statistics, the economic loss caused by seawater corrosion alone in China in 2010 was as high as 1.2 trillion yuan, accounting for about 3% of the GDP of that year, which is equivalent to every citizen spending 1,000 yuan to pay for it. The total amount of steel corroded every year in China alone is equivalent to the output of Baoshan Iron and Steel Plant for one and a half years.
Metal corrosion not only causes economic losses, but also sometimes leads to major safety incidents. On August 12, 1985, a Boeing 747 passenger plane in Japan crashed due to corrosion of components. Only 4 of the 509 passengers and 15 crew members on board were rescued, and the remaining 520 people were killed. The direct economic loss exceeded $100,000,000. In 1970, 75 people were killed by explosion caused a gas explosion when the pipeline of the subway was broken due to corrosion in Osaka, Japan. In 1965, a gas pipeline in the United States burst into flames due to corrosion, causing 17 deaths. In 2007, the Norwegian environmental group warned that Russia's three submarine nuclear waste repositories in Andreev Bay on the Kola Peninsula had been eroded by seawater, which could not rule out the possibility of an explosion. The three nuclear waste repositories were put into service in 1982 and 1983 respectively, when Russia said that the special concrete walls outside the repositories were resistant to earthquakes of magnitude 8 and small nuclear bombs. However, later investigations found that there were cracks of varying sizes in the concrete walls outside the repository, and highly corrosive seawater was seeping into the repository, eroding the nuclear waste inside.
Corrosion of metals can be prevented and avoided to a certain extent. In order to awaken the awareness of corrosion in countries around the world and take timely measures, in 2009, members of the World Corrosion Organization (WCO) discussed and passed a resolution to establish World Corrosion Day at April 24 on yearly basis.